Why Did My Bra Strap Break? 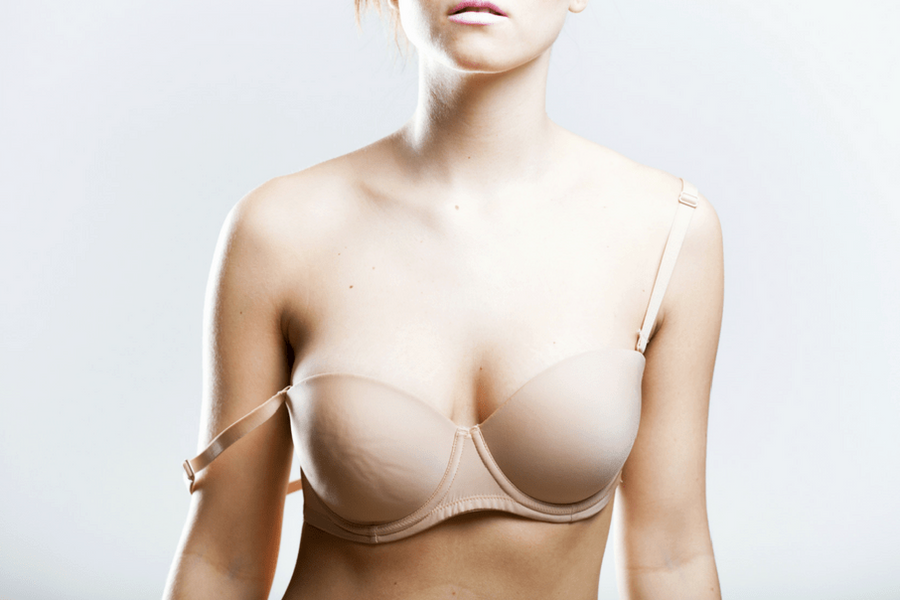 A broken bra strap is a bummer. Sure, you could try to rig the strap back onto the band, but chances are it will just pop off again. So, why did the bra strap break?

There are few good explanations. Let’s talk through them so you can hopefully avoid a broken bra strap in the future.

The bra band is too big.

It’s likely your bra strap broke because it was carrying too much weight. No, this doesn’t mean your boobs were too heavy for the strap. It means your bra band wasn’t carrying enough weight.

Your bra band provides more support than any other part of the bra. The band should fit snugly around your torso, so it remains in place, as well as helps other parts of the bra stay in place. However, a bra band that is too big won’t remain in place. It will ride up on your back, putting too much pressure on the bra straps.

The bra is low-quality.

Related: 12 Reasons Why You Should Invest In Beautiful Lingerie

The bra has been laundered poorly.

Not properly laundering your bra could cause the bra straps to break. Washing the bra in the machine washer allows the straps to get tangled on other items, pulling at the bra’s materials. Using a dryer to dry your bra is the worst thing you could do it because the dryer exposes the bra to extreme heat.

The heat from the dryer heats up the bra’s elastic (which is in the band and the straps), then cools it down. Exposure to extreme heat will break down the elastic overtime, and it could cause the strap to break free from the band or snap in half.

The best way to launder your bras is to handwash in the sink then air-dry on a flat surface. It’s also a good practice to wash a bra every three to four wears, depending on how much you sweat in it.

The bra is old.

A bra will stretch, lose its shape and show other signs of aging with numerous wears over months or years. One sign of aging is broken bra straps. Is it possible the bra strap prematurely broke due to poor laundering? Of course. It’s also possible the oils and sweat from your skin have worn-out the straps overtime if the bra wasn’t washed often enough. However, even a good quality bra that’s been taken care of will give in after too many wears.

If your bra strap has broken, it’s time to buy a new bra. You’ll want to get a professional bra fitting before buying new though. This ensures you find the best size and fit, so the strap doesn’t break due the band being too big. Then, you’ll want to take good care of the bra to extend its (and its straps’) lifespan.