What Is A Balconette Bra? 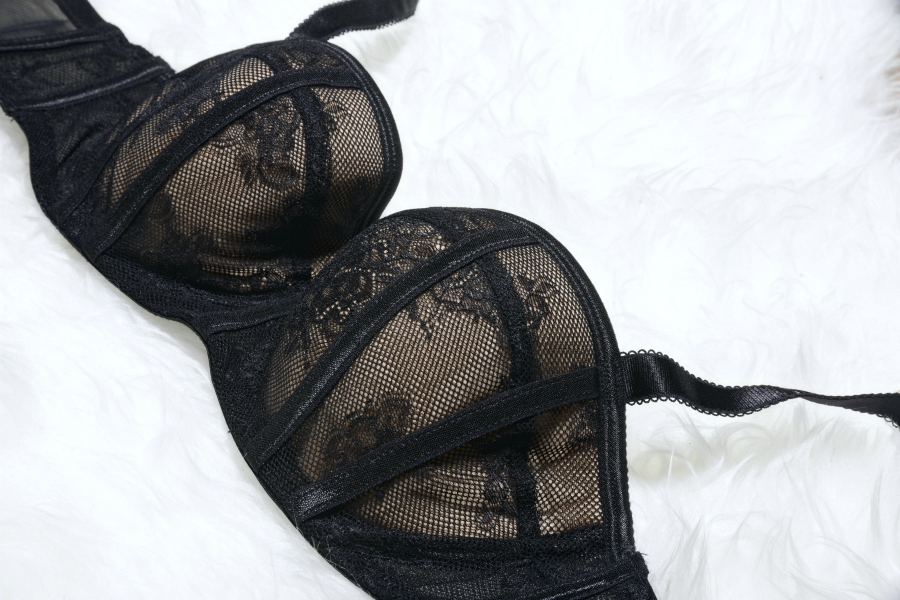 As you know, there is a multitude of different bra styles — each with their own unique constructions, shapes, and advantages. The balconette bra is one style that arguably has a place in any woman’s collection. Why? It’s a multitasking undergarment that’s universally flattering and somehow manages to be practical as well as sexy at the same time.

Considering picking up a balconette bra? Then you’ll want to know all the ins and outs of this popular style. In the guide, we’ve covered everything from the origins and construction to the benefits.

Also referred to as a shelf bra or balcony bra, the balconette bra is mainly defined by its cups, which only cover a little more than half of the breasts (up to just above the nipple line). Many balconette bras have wider set straps. They almost always have underwire, and sometimes also include vertical seams at the bottom of the cups — these features combined result in serious uplift. It’s no wonder why the balconette bra is known for being a stellar option for showcasing cleavage.

The balconette bra entered mainstream fashion around the early 1950s but was designed about a decade earlier. Marilyn Monroe sported this style during her rise to fame in the late ‘40s, which may explain why it surged in popularity.

Related: How To Find The Right Bra For Your Breast Shape

A bevy of benefits

The balconette bra is both undeniably attractive and also super supportive. That means you don’t have to compromise on comfort or style.

Strong support from the underwire at the bottom (and occasionally, seaming as well) means major cleavage enhancement. The bust not only appears rounder but also slightly fuller at the top, which is a major benefit for those with slender or drooping breasts.

Balconette bras are also remarkably versatile. As they come in a wide range of fabrics, colors, and cuts, you’re bound to find one that suits you. In fact, you can find balconette T-shirt bras, plunge bras, and longline bras, among other styles.

While balconette bras are typically unlined, if you prefer a little extra coverage (whether due to concerns about nipples showing or otherwise) you can also find lined or very lightly padded options as well.

The beauty of a balconette bra is that it can really come in handy for those low-cut dresses and tops — particularly with a boatneck cut, due to the wider set straps and horizontally cut cups.  This style offers a phenomenal alternative to push-up bras or plunge bras when you want to showcase your decolletage without losing out on support. So, what are you waiting for? Somewhere out there, there’s a balconette bra that’s sure to give you a little boost of cleavage — and confidence.

Whether you’re shopping for new everyday bras or lingerie for your wedding day, it’s always a good idea to seek out a second opinion. We know how hard it is to find bras that fit well and feel good, especially when you’re doing it on your own. If you’ve ever felt unsure about your bra size or you just don’t know where to go to find good bras, it’s time to let a bra fitter help.