Chemise vs Babydoll: What’s The Difference Between A Chemise and A Babydoll? 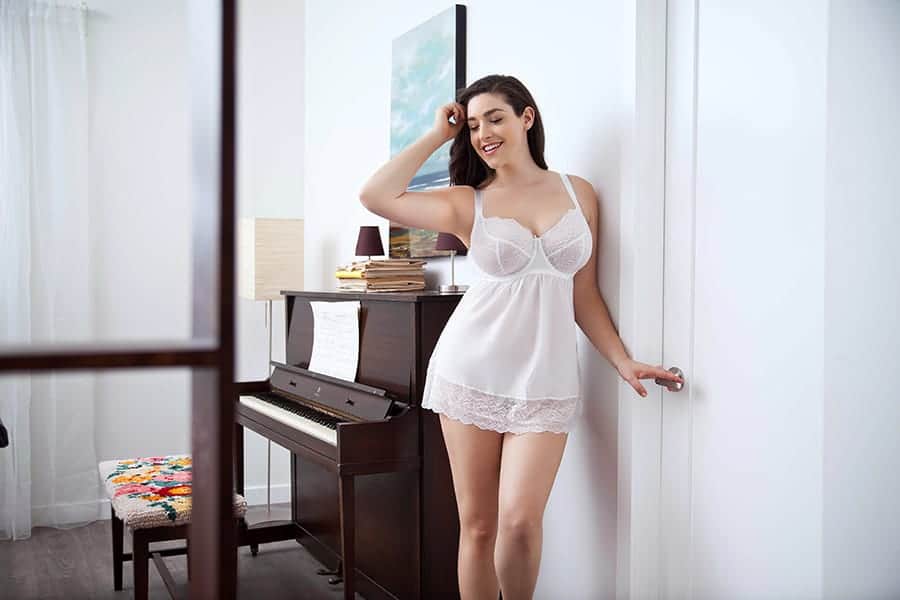 It’s OK to admit it: You’re still scratching your head over what differentiates a babydoll from a chemise. On a basic level, they seem very similar: both lingerie pieces look like nighties, are relatively short, and come in a range of fabrics. They both have the potential to be sweet or sexy (or both) and are popular for everything from lounging around the house to seducing your S.O. on a special occasion.

So, what’s the difference between a chemise and a babydoll? And which one is the right fit for your needs and preferences? This guide should clear up any confusion on these timeless lingerie garments.

Did you know that chemises have been around for centuries, and were originally a unisex garment? In fact, the original chemise, which was usually made of linen, was worn under a robe or gown to prevent chafing and protect outerwear from sweat during the Middle Ages.

This piece was, in fact, essentially the only undergarment worn until the 1820s. Eventually, the chemise was replaced by a bra, panties, full slip and girdle at the beginning of the 20th century, though English laborers continued to wear a similar-looking garment through the early 20th century. The chemise re-emerged by the 1940s and has continued to remain popular, with a wide variety of new materials and details.

As a result of a shortage of fabric during World War II, American lingerie designer Sylvia Pedlar introduced super short nighties that were dubbed “babydolls” in 1942. The name came about in response to the 1956 movie Baby Doll, starring Carroll Baker — the film opens with the actress wearing one. Babydoll PJ sets that included bloomer-like elasticized short bottoms remained popular through the ‘50s and ‘60s. This bottom was replaced in the decades that followed by more form-fitting briefs. And today, many babydolls are sold without a bottom entirely. 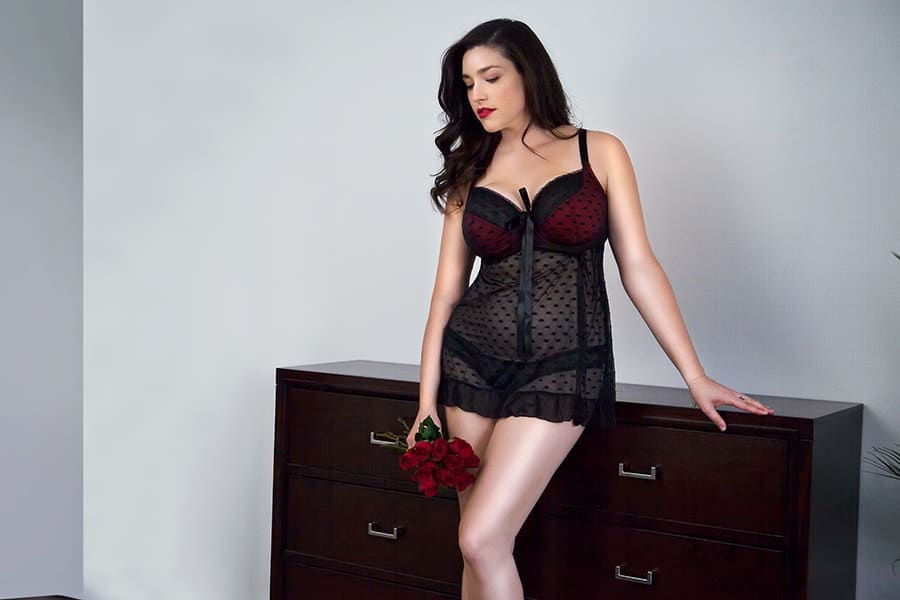 Both chemises and babydolls are on the short side, falling above the knee. However, a chemise will typically hit mid-thigh or lower, while a babydoll usually falls notably shorter (sometimes just below the derriere). This is why babydolls sometimes come in a set with matching panties.

Another difference between chemises and babydolls is while the former usually fits snug and skims the body, the latter may have a somewhat looser fit, particularly around the hips. Babydolls often have separated cups (and sometimes even underwire), thus offering support and accentuating the bust slightly more than a chemise. For example, this unlined wire babydoll offers support from side boning and seamed cups, plus anti-slip silicone to make sure everything stays in place, plus scalloped lace trim along the hem and an accent bow for elegant visual intrigue.

Both styles tend to be sleeveless and come in a wide variety of fabrics, including satin, nylon, chiffon, cotton, cotton blends, silk, and lace. Additionally, both garments (and babydolls in particular) may feature feminine detailing, such as lace trim ruffles, ribbons, and bows. This makes babydolls specifically a stellar choice for bridal lingerie. 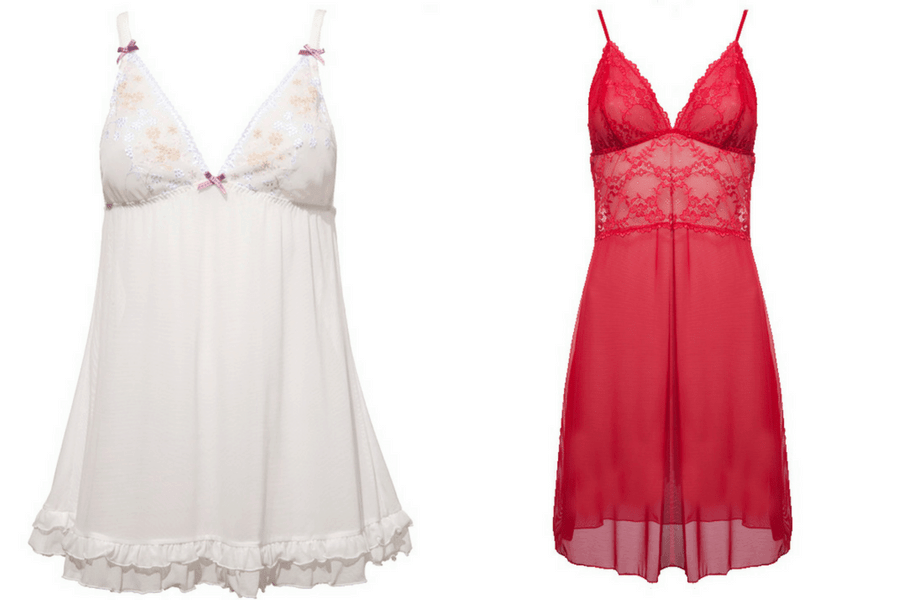 Let’s review. A chemise and a babydoll, though both stylish nighties that can be worn for a range of occasions, do have their differences. Namely, a chemise tends to be longer, hitting somewhere between mid-thigh and the knee, while a babydoll falls to just below the panties and no longer than mid-thigh. Additionally, while both styles are fitted near the bust and ribcage, a babydoll is usually more flowy on the bottom, whereas a chemise fits very close to the hips and thighs.

Related: The Best Lingerie For Your Body Type