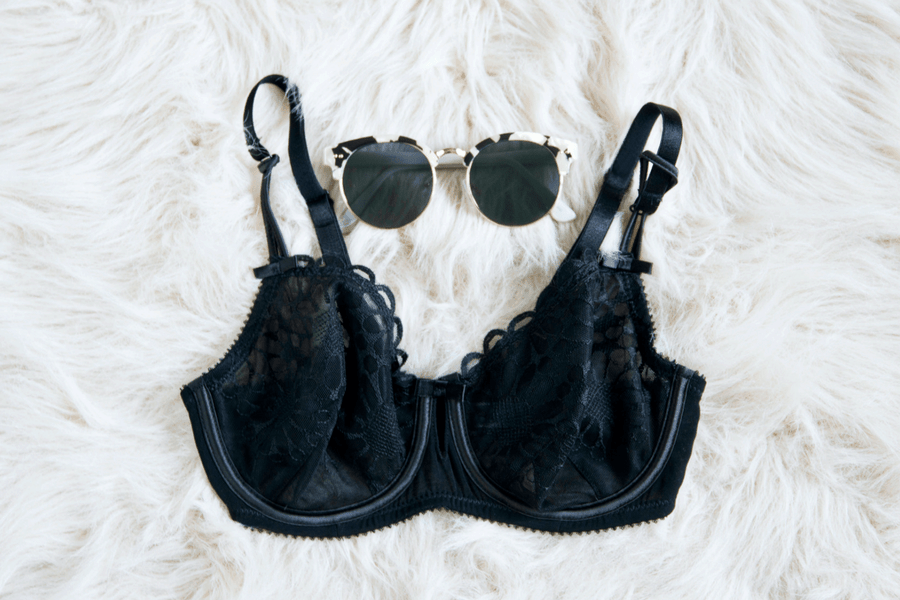 Do you know your t-shirt bras from your plunge bras? Do you know when the first padded bra was invented? Or how about what we used to call old-fashioned ones? If you’re completely baffled here, you’ve come to the right place. It’s time for a quick history lesson. Here are seven interesting little facts about bras:

1.  The modern bra was invented in France

The bra, as we know it today, was actually invented over in France in the 1890s and was a natural progression of the corset. This particularly trendy piece of lingerie was split into two separate parts, with the majority of the material going to the bottom half of the bra to create a sort of high-waisted brief affair.

The top part of this lingerie, which looks very similar to a standard bra, was called the corselet gorge. Just over thirty years later, retailers would start to sell this part of the lingerie as a stand-alone piece.

2.  The word “bra” came along much later

While what the French were making and selling looked very much like a bra, no one was calling it that back then. In fact, it wasn’t until 1907 when Vogue first used the word ‘brassiere’ in print. The word was added to the Oxford English Dictionary in 1911. Before that, these things had been given a range of intriguing names, such as the ‘bodice bundle’ or ‘BB’ for short. Soon enough, though, people around the world started referring to these items as brassieres and then later bras.

A little while after everyone got used to the bra, something incredible happened. Cup sizes were invented. Frankly, we can’t imagine how uncomfortable ladies must have been before this particular point. In the 1930s, S. H. Camp and Company created a cup-sizing system that is similar to the one that we use today. The sizes were categorized according to their size and assigned a letter (A to D) to make things as easy as possible.

Of course, over the years, the range of sizes has expanded greatly and there is now a much more sophisticated method of measurement. Still, it’s interesting to think that it’s all based on something that was put together more than nine decades ago.

4.  The average bra size is bigger than you think

Could you guess how big the average bra size is? Well, over the years, this specific size has grown and grown here in the US. In fact, the average size is now 36DD, a significant increase on previous years.

There could be all manner of reasons for the sudden change but the facts remain the same. That is why more and more retailers across the country are stocking larger sizes these days. Luckily, that means that there’s more choice for us all!

Since the first bra was invented, these things have changed a whole lot. In fact, the padded bra didn’t exist until 1947 and the push-up bra wasn’t a thing until a year later. As fashions have changed so have bras, which can only be a good thing. There is now a seriously wide range of styles and types of bras. That means that it’s well worth researching what type of lingerie you think will suit you before you head to the stores.

Get ready to have your mind blown here. The first sports bra was not designed by some fabulous lingerie company, but by everyday women. Yes, according to rumors, during the 1970s, many women started fashioning their own version of what would become the modern-day sports bra. Apparently, they would do so by hooking two jockstraps together and using that instead of their bra!

Luckily, the actual sports bra, as we know and love it today, hit stores in 1977, which meant that us ladies no longer had to make our own. It was called the ‘Jogbra.’ Legend has it that the bra was created after a woman casually complained to a designer about how uncomfortable regular bras were when she was exercising.

You’ve probably heard that around 80% of women are wearing the wrong bra size. It’s true that many women are wearing the wrong size and it’s due to a number of different factors. Despite the fact that there is a whole load of information out there, many women don’t get measured often enough. Wearing an ill-fitting piece of lingerie means that your breasts won’t get the support that they seriously need.

What’s more, it’s likely to be uncomfortable and means that you won’t feel as confident as you ought to. For that very reason, it’s essential that you get measured on a regular basis. Beat the odds and ensure that you are wearing the right size.

While the bra has certainly come a long, long way since its advent, it’s still very much a wardrobe staple for every lady out there. Now that you’re well-versed in bras, you can share your new-found knowledge with your friends. These interesting facts are sure to intrigue them as much as they did you.

Related: Can A Bra Fitting Actually Change Your Life? Here’s What I Learned